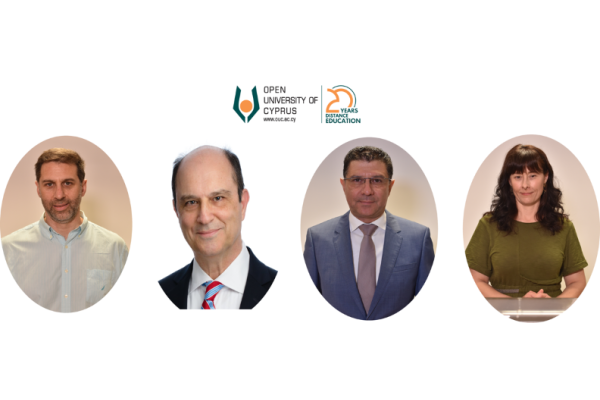 Four (4) Faculty members of the Open University of Cyprus (OUC) have been recognized among the world’s top scientists in their respective scientific fields in the updated (on September 2022) study entitled “Updated science-wide author databases of standardized citation indicators” published by Professor John Ioannides, Stanford University.

This prestigious ranking, based on bibliometric data, includes -for the third consecutive year- the following OUC academics:

Besides the three-abovementioned OUC academics, Associate Professor Jahna Otterbacher, head of the Cyprus Centre for Algorithmic Transparency of the Open University of Cyprus, has been named in this year’s list for the first time. She is amongst the world’s top scientists in the field of Artificial Intelligence.

The selection is based on the top 100,000 scientists by c-score (with and without self-citations) or a percentile rank of 2% or above in the sub-field. The study retrieves data from the SCOPUS database, and using a range of parameters for each scientist's research contribution and influence, compiles, as indicated by the authors of the ranking “a publicly available database of over 100.000 top-scientists from all scientific subjects (as well as those ranked in the top 2% in their main subfield discipline) that provides standardized information on citations, h-index, co-authorship adjusted hm-index, citations to papers in different authorship positions and a composite indicator”. Scientists are classified into 22 scientific fields and 176 sub-fields. Field- and subfield-specific percentiles are also provided for all scientists who have published at least 5 papers. 195,605 scientists are included in the career-long database and 200,409 scientists are included in the single recent year dataset.

Professor Petros Pashiardis, Rector of the Open University of Cyprus, warmly congratulates the four OUC academics for their inclusion in this prestigious list, and for the well-deserved recognition of the quality and productiveness of their research work. Commenting on this development, Prof. Pashiardis highlights that “such distinctions place OUC in the world map of science and – as all the notable achievements of our academics – bring great pride to the University”.  “Our students should be also proud by the fact that they are working closely with some of the best researchers in the world, whose research work and publications have international impact” he also notes.