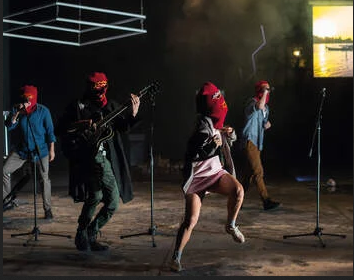 “Staging 21st Century Tragedies: Theatre, Politics, and Global Crisis”, recently published by Routledge, is the title of the new collective volume edited by Avra Sidiropoulou, Associate Professor at the Postgraduate Programme in “Theatre Studies” at the Open University of Cyprus and Artistic Director of the Persona Theatre Company.

The book is an international collection of essays by leading academics, artists, writers, and curators examining ways in which the global tragedies of our century are being negotiated in current theatre practice. In exploring the tragic in the fields of history and theory of theatre, the collective volume approaches crisis through an understanding of the existential and political aspect of the tragic condition. Using an interdisciplinary perspective, it showcases theatre texts and productions that enter the public sphere, manifesting notably participatory, immersive, and documentary modes of expression to form a theatre of modern tragedy. The coexistence of scholarly essays with manifesto-like provocations, interviews, original plays, and diaries by theatre artists provides a rich and multifocal lens that allows readers to approach twenty-first-century theatre through historical and critical study, text and performance analysis, and creative processes. Of special value is the global scope of the collection, embracing forms of crisis theatre in many geographically diverse regions of both the East and the West. Staging 21st Century Tragedies: Theatre, Politics, and Global Crisis will be of use and interest to academics and students of political theatre, applied theatre, theatre history, and theatre theory.

Click here for more information and the Table of Contents: https://www.routledge.com/Staging-21st-Century-Tragedies-Theatre-Politics-and-Global-Crisis/Sidiropoulou/p/book/9780367495312.

Dr. Sidiropoulou is Associate Professor of Theatre Studies at the Open University of Cyprus. Her research focuses on current theatre practice with emphasis in directing. Her work was published in leading international journals and by renowned publishing houses. She has published two monographs: Directions for Directing: Theatre and Method (Routledge, 2018) and Authoring Performance: The Director in Contemporary Theatre (Palgrave Macmillan, 2011), and had also co-edited (with Prof. Vayos Liapis, Open University of Cyprus), the collective volume Adapting Greek Tragedy. New Contexts for Ancient Texts (Cambridge University Press, 2022). Dr. Sidiropoulou is also a stage director. She has presented her work and led practical workshops in Cyprus, Greece, USA, Turkey, Iran, Estonia, UK, Japan and Israel. She has been a visiting scholar at Freie University Berlin (Germany), MIT Massachusetts Institute of Technology, CUNY Martin E. Segal Theatre Center (USA) and at Queen Mary University of London, University of Surrey and the University of Leeds in the UK. She was a Japan Foundation Research Fellow at Tokyo University (2015-2016). She has recently directed Sophie Treadwell’s Machinal at the Cyprus Theatre Organization (2022), and she will direct Enter Hamlet of the same author, upon invitation, at the Verona Shakespeare Fringe Festival 2022. 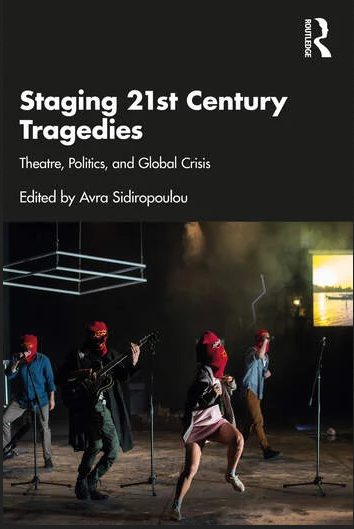